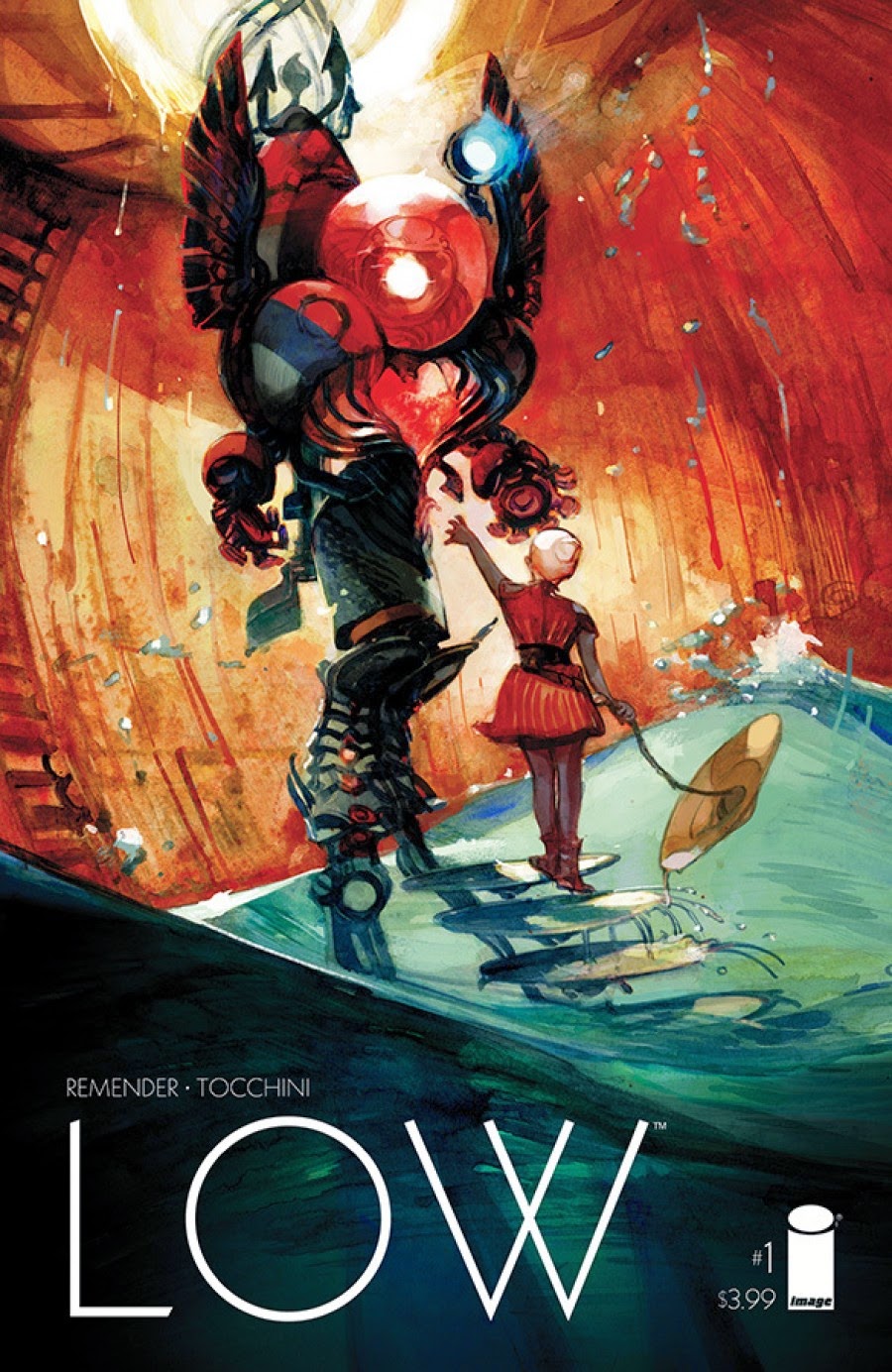 Another big title for the win from Rick Remender. Everyone is always yacking about Black Science but I feel as thought Low has a much stronger start. The story begins with a family living deep in a city in the depths of the ocean. They look for a place to send their civilization out of a dying Earth. Technology is very advanced and hope lies with a large mobile suit (but much smaller than say Gundum lol). The children are destined to pilot the helm which is only made mobile by the DNA of the Caine family. Things get bad and interesting when the two girls go out with the family for the first time, outside of the protection of the city.

I really dunno who the story is going to aim it's focus. On the children or the adults? I feel as thought the story will jump into the future in the next issue. That's where I want it to go. I really don't want the story to focus on the mother and father of the family. I feel as though that's the most likely direction however.

I'm really happy with the artwork. Kelly Thompson of CBR complained that the art was too busy at times. I think we both know that busy isn't something that I see as a failing. Take for example my favorite artists? Sam Kieth for one was quite detailed in his hay day. One of the things I always loved about his work. There's also the issue that Thompson has neglected to notice, artist Tocchini's "busyness" for lack of better description, accentuates the enclosed spaces that the family is living in by being thousands of leagues under the sea. What Thompson is perceiving as busy and has labeled a shortcoming within the panels, I interpret as an expert illustrator communicating the severity of this small, enclosed habitat.  I believe this also illustrates the closeness of the family which Remender has also made obvious in the script.

All in all, I'm much more excited about this than Black Science despite seeing some similarities -such as the whole family angle. I'm not big on the Spielburg family's stick together, "big happy ending" thing, so I'm hoping that we got some real tragedy coming up. Aren't I awful?
Posted by The Frog Queen at 3:43 AM