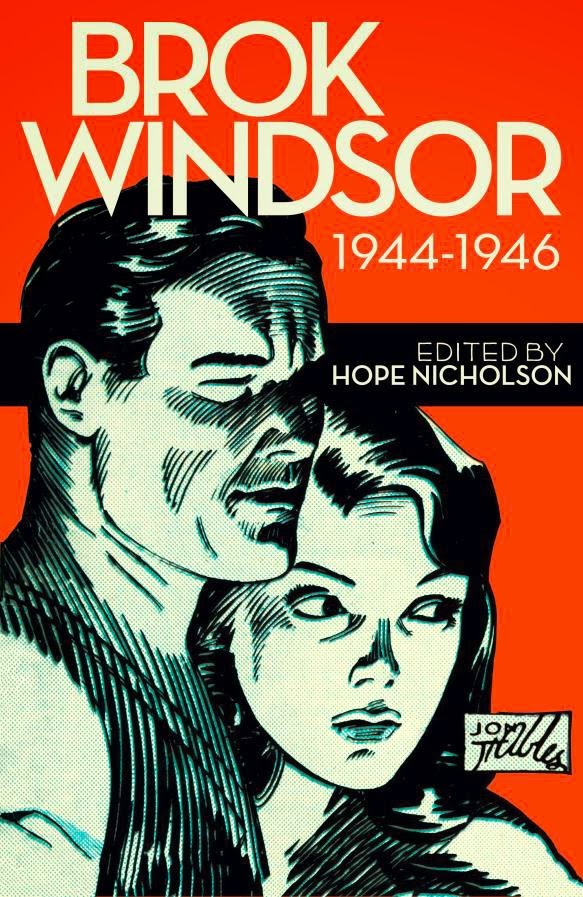 It's sad to think that great comics from any decade could disappear and be forgotten in the age of the internet. Luckily for us there are people like comic book historian Hope Nicholson who work to keep that from happening. She has already successfully reprinted the tales of female comic book super hero Nelvana and next on her list is Brok Windsor. Brok Windsor is a doctor, adventurer, giant and he has been lost since 1946.

If Nicholson's Kickstarter is successful, this will be the first reprinting of Canadian comic book hero Brok Windsor and his adventures! Brok was created by Vancouver based publisher Maple Leaf Comics by a man named John Stables. Brok is one of the shining examples of comic book art during the golden age of comics.

Brok Windsor is first a medical doctor who discovers a strange new world in the Canadian wilderness. A hidden place called Chaqua. He meets a race of advanced aboriginal giants! We all know what a fan of science fiction and fantasy I am. Some of my favorite stories begin with a citizen on boring old Earth then thrust into a new alien-esq world!

This is a project I give my full attention to. As a Canadian, I feel it is imperative that we keep whatever we can of our publishing history. I'm happy that there are historians like Nicholson who see the importance of historic comics and have spearheaded ambitious projects like this one, to keep the stories alive in our hands. Please check out the Kickstarter Page and read more information about Brok Windsor and Nicholson's last successful reprinting of Nelvana of The Northern Lights.
Posted by The Frog Queen at 5:15 AM