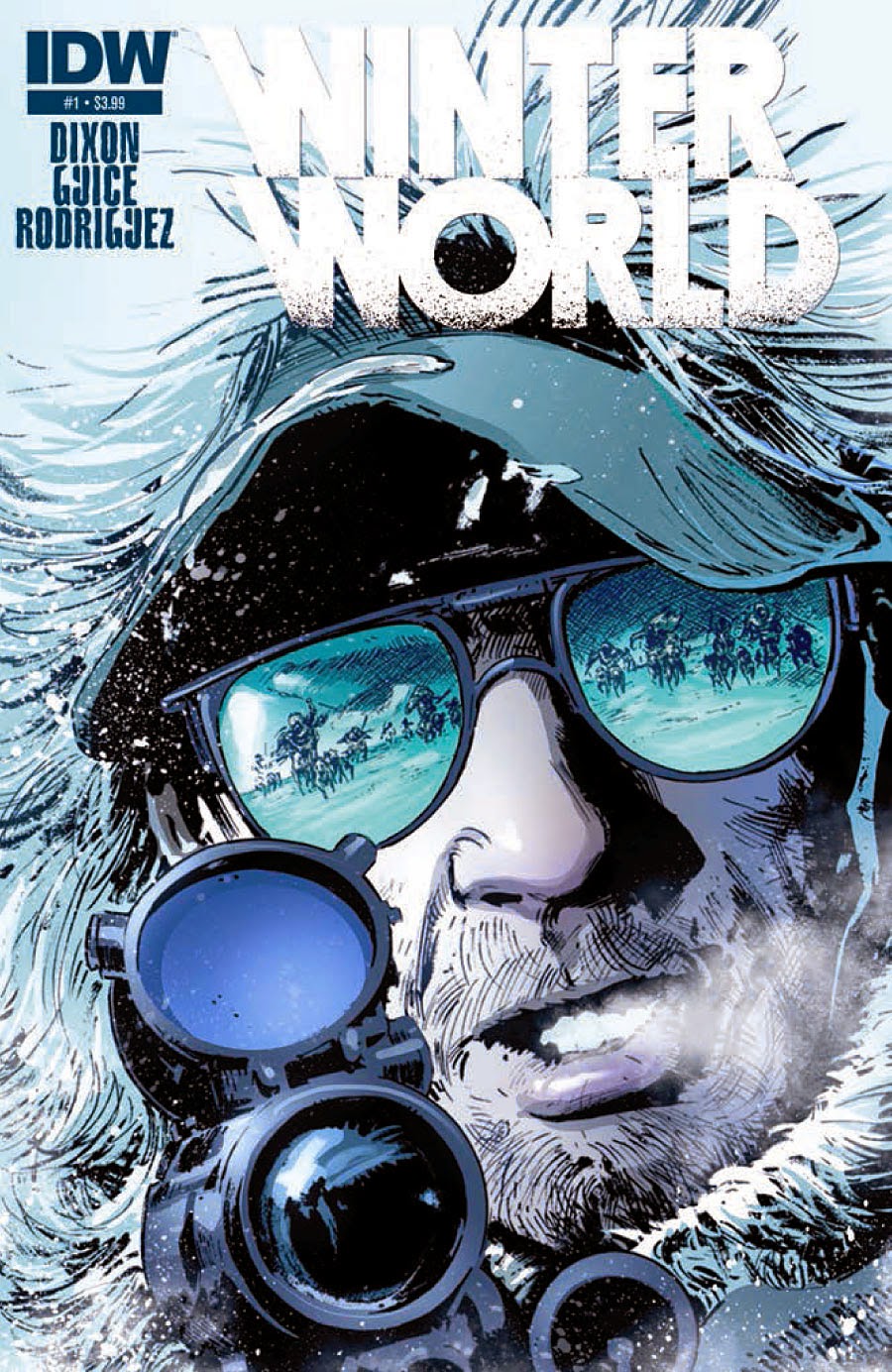 Let's see, what made me pick this up?? Well honestly it was just the artwork. I could care less about the apocalypse at this point. There's just been sooo many of them. The only ones that can really turn my crank right now are the ones with crazy religious ties because that shit is WACK. The artwork is pretty lovely actually even though it's not the sort of thing I typically admire. It just seems to fit this bleak world so precisely. Check out the little preview I included. It's the type of art work I can see my boyfriend really digging. Artist Butch Guice has been spending most of his time lately working on Marvel's Original Sin and the Winter Soldier. He has a fairly extensive career with Captain America. None of those things are of particular interest to me but you know, they matter to a lot of Marvel junkies. 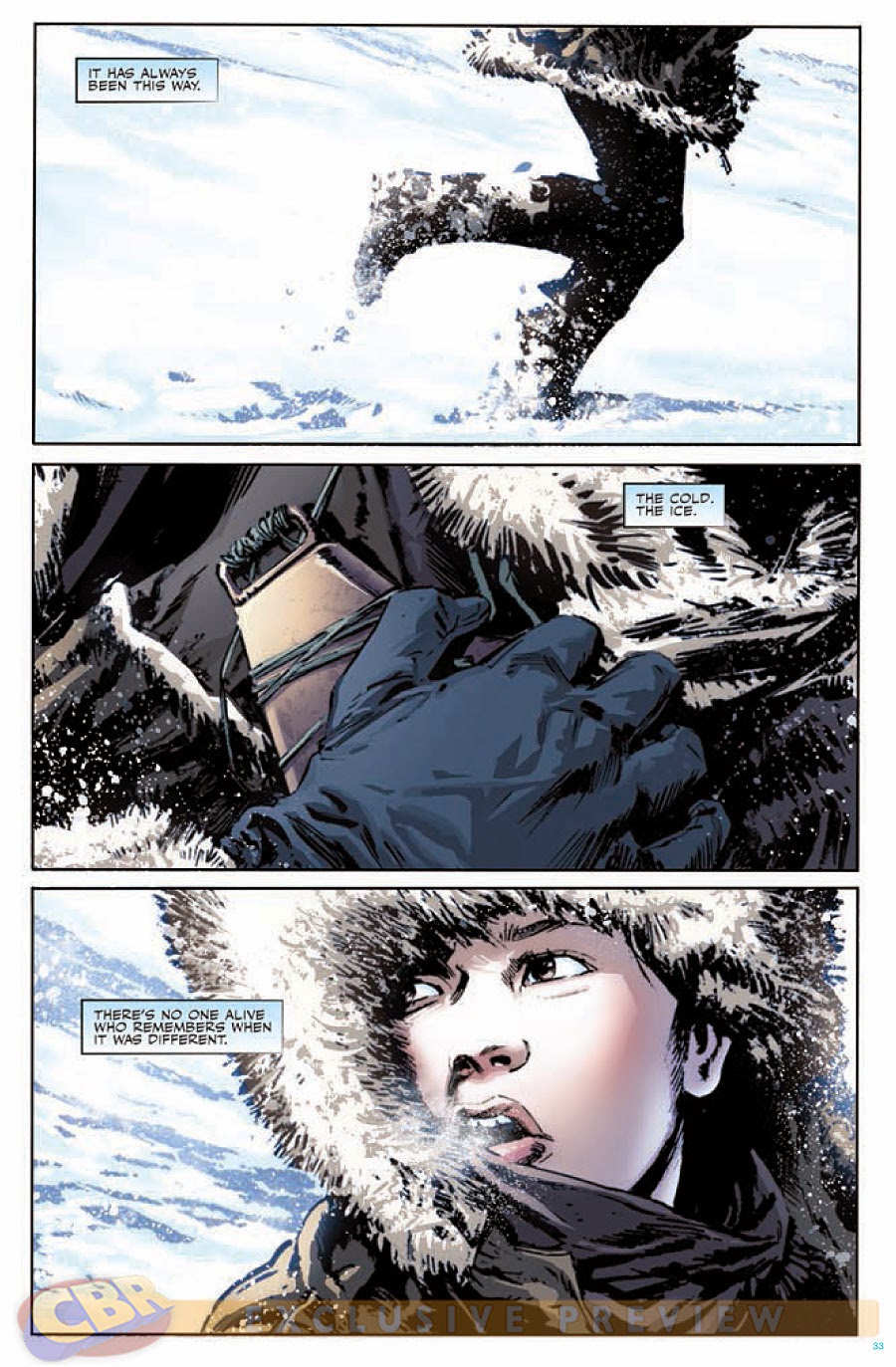 Unfortunately there's nothing all that different about this story. The central characters are a) a 30 year old(ish?) man and b) 14 year old girl. Bad combo. They try to establish early on that he feels like she's his kid sister. We've seen these story lines before. Apparently he's just helping her find her parents out of the goodness of his heart (or his penis?). Sorry it's been a long week, my skepticism is running high today.

So guess what happens near the end of the issue?? OMG they run into a crazy ski-do driving, rabid-dog owning gang!! Never saw that coming. (sigh... that was sarcasm) Can't something just be a little new? A little different?