The Goon: One for the Road (One-Shot) by Eric Powell 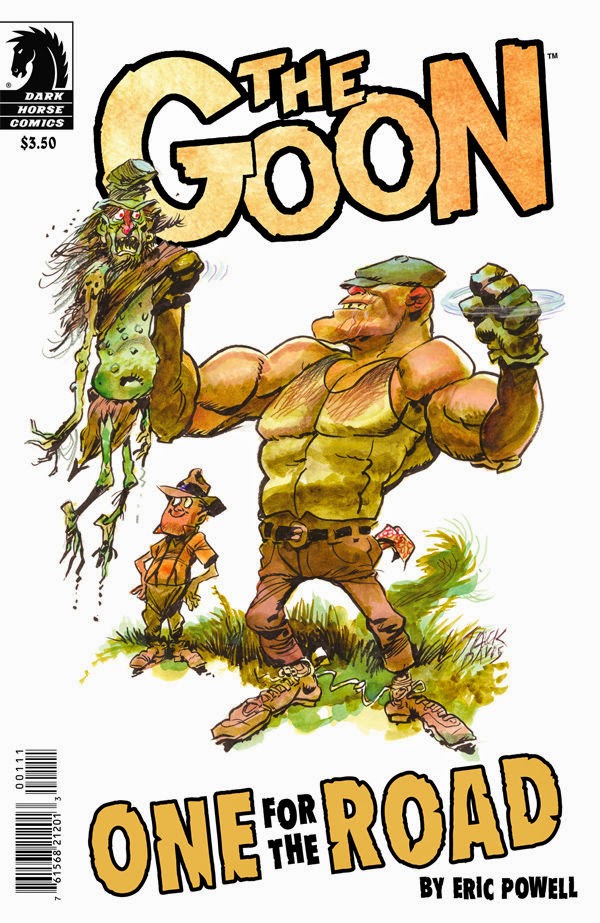 This marks the very first issue of The Goon I have ever read. I didn't exactly know what to expect suffice it to say, I assumed it would be humorous. It is humorous. So at least I got what I was expecting in that regard. I have to say that I enjoyed the centerfold of caricatures  (something I've never been particularly good at) and all the play on celebrity names. As someone said to me yesterday, it's very much referencing old MAD.

This issue centers around Goon and his buddy Frankie bar hopping to help a sailor find his friend. They need to go back for deployment. They run into some hilarious cliches, my favorite it probably the cowboy at the country bar.

I dunno if it's exactly the best first issue of Goon to pick up but at least it's one concise story to give you a little taste of Powell's artwork and story writing.
Posted by The Frog Queen at 4:08 AM