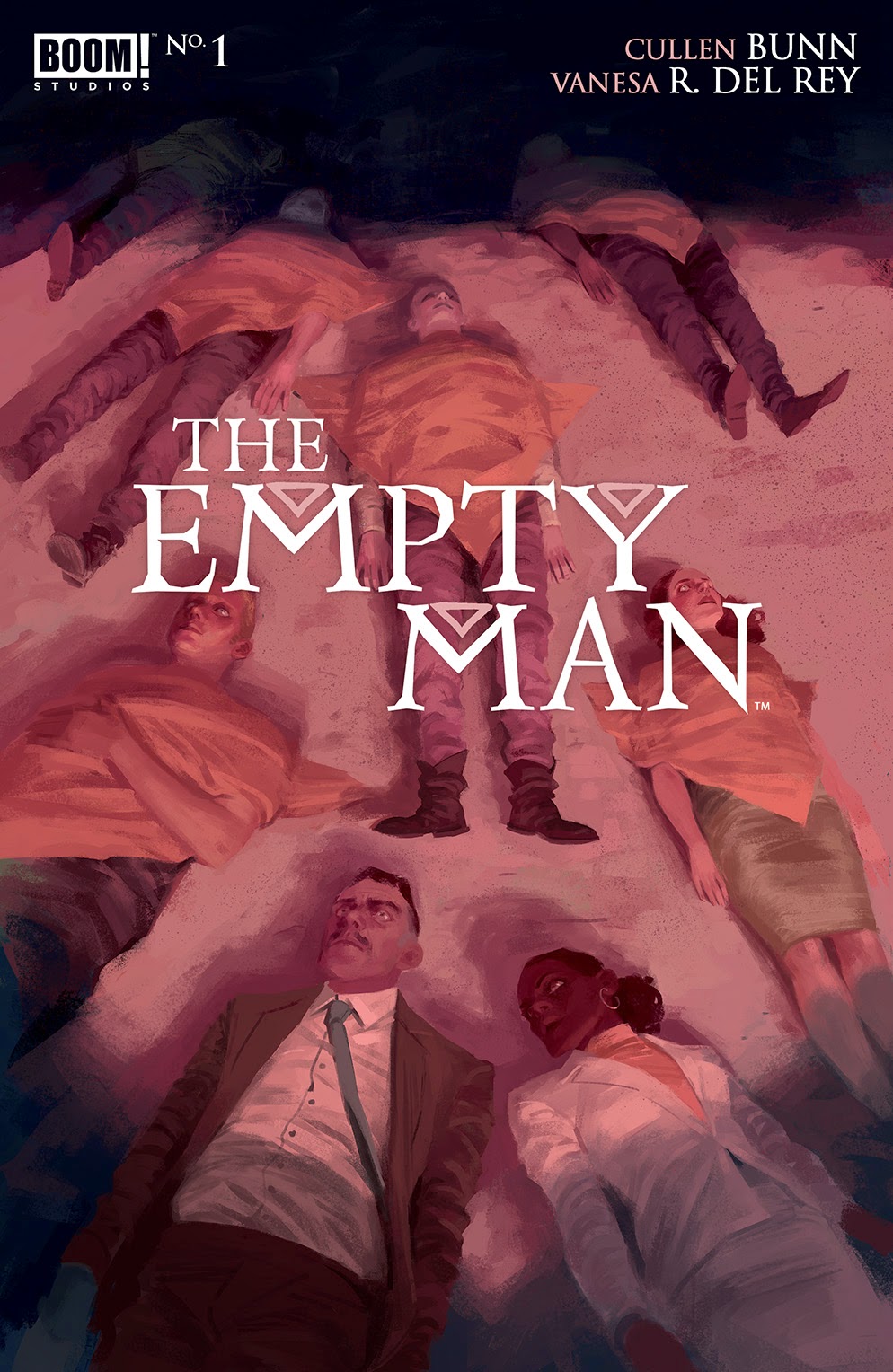 A mysterious virus has taken hold over the United States (of course the US - eye roll) and it's heading right for you!! (If you live in the US.) Why is it called The Empty Man you ask? Some believe the virus had named itself. Near it's victims the words began to appear written on walls.

I had to get the first issue of The Empty Man because the art is done by Vanesa R. Del Rey who's artwork reminds me of that amazing french style animation. You may remember me raving about Miss Don't Touch Me in the past. The sharp features of the characters faces and the blurred lines of the ink is what ultimately reminds me of this very french style (although she's not from Paris, she's from Florida). Del Rey has incredible flexibility as an artist but this particular book speaks to me in this way. In short and without so much yammering, I love it.

As for the writing, I'm a little sad that the main character is an older Caucasian man who degrades the opinions of his Female African American partner. I don't know what all that is about. Are we supposed to dislike him?

You know I don't always like everything but I can usually find one thing I like about everything. As for how I feel about The Empty Man, I think I'm going to read the full series which is being released as a five part mini-series through Boom Studios. However I can't speculate where this is going to go. The whole "virus killing humanity off for good" scenario, is just sooo over-done lately. I can say that it's not terribly humorous, even when it's attempting to be but it's not as awfully written as... ACK dare I say..Entropy. Which I thinking I'm going to dub the WORST book of 2013 (Entropy, not The Empty Man) Anyway in short, love the artwork but let's see where this goes.
Posted by The Frog Queen at 8:53 AM