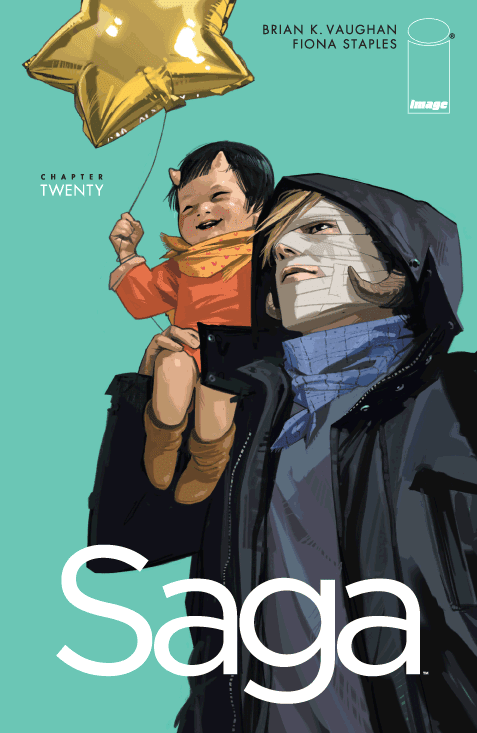 We all know how much I love Vaughan and Staples. So I promise not to gush over them in this quick review. However, I have to say that the pace between releases is driving me crazy and I want the story NOW. I'm tired of waiting for it. In the last issue there was a hint saying that this story arc was the beginning of the end of the relationship between our two star crossed lovers. That however, does not mean they don't get back together and that's what people have neglected to remember. Vaughan is famous for twisting the emotional arm and then releasing it to say "only joking! only joking! psych!" So I really don't believe that they'll be broken up for good.

I think it's a little weird how all the characters which reside on different planets and such, all resemble Earth animals but hey, it's a comic book. The newly introduced dance instructor who resembles a vampire bat is probably my favorite character even if she is encroaching on the another woman's mate. That being said, I can't think of a single conversation where Marko mentioned he had a wife. With Alana busy working all day for perverts on the open circuit (that's their entertainment which is kinda like television but more interactive for the audience I suppose) how would bat girl know?

Okay so there are no spoilers from this issue, in this article. I kinda lied. I can't spoil the ending of this issue cause it's just too awesome. One more thing - have you not read Saga yet?! What are you waiting for? Go get the first three trades immediately and catch up please!
Posted by The Frog Queen at 4:30 AM