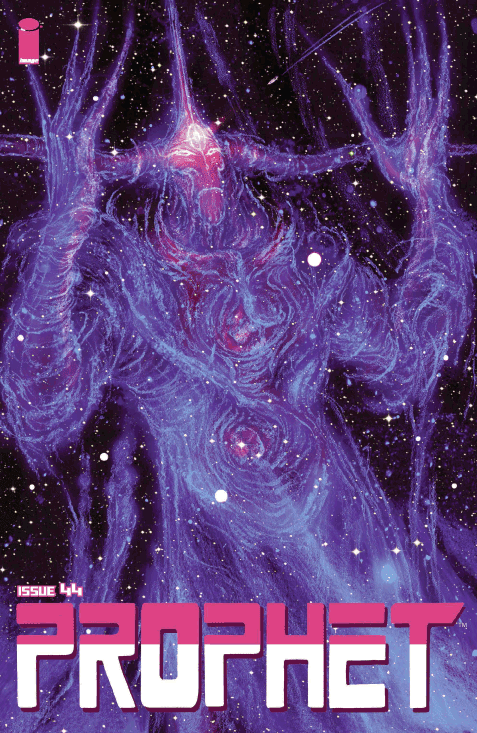 This was released May 21st so I'm a little behind. Better late than never. Considering the issue # 45 isn't due to be released until July 2nd (delay much?), I might as well discuss the subject with myself. Feel free as always to leave feedback. A lot of this site is me talking to myself and other discussing it on twitter and facebook. It'd be nice to get some convo flowing via the comments.

I really dig Dave Taylor's artwork in this issue. Taylor's is a British artists with a fairly long reach. His work started with Marvel UK in 1990 and since has worked on all kinds of interesting books, and even wandered over to DC to work on Batman during the late 90's. His style complements the Prophet series which is known for it's "untamed vibrancy" as Newsarama's Scott Cederlund remarked. It is a good way to describe Prophet's artwork.

The issue focuses less on the John Prophet clones and more on the last of the human race. I don't always immediately understand what is happening in Prophet. This may be due to the often long delay between issues and also because the story is so far out there. It really is. My boyfriend leaned over my shoulder as I was reading this issue and asked me what was going on. "Prophet is a really involved comic book." was all I could explain. Really, it would take me half a hippo's lifespan to explain everything that was happening in the story so that he could understand what was going on in THIS issue.

At any rate, I patiently wait for July 2nd to read the next issue. Check out the preview of the cover art. It's sweet. Simon Roy is back! 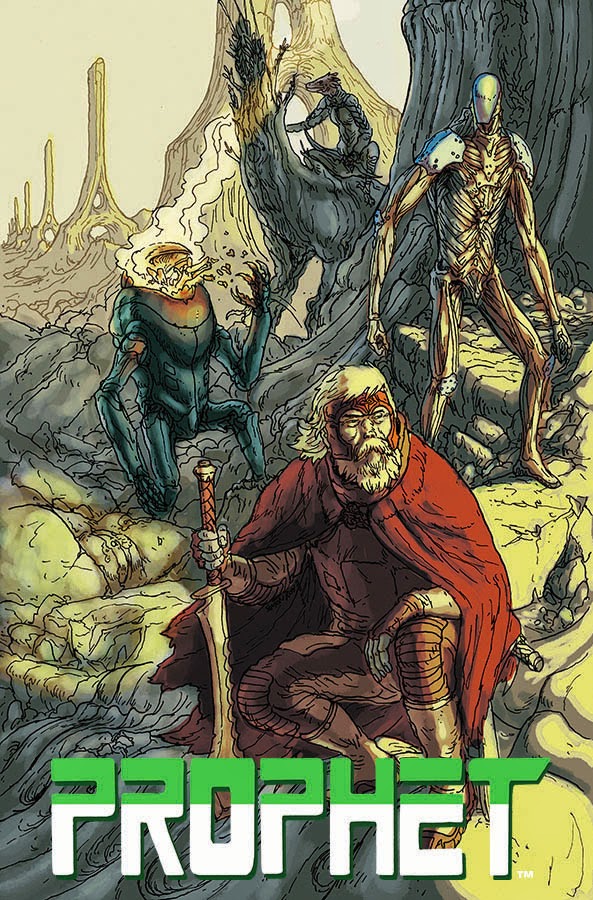