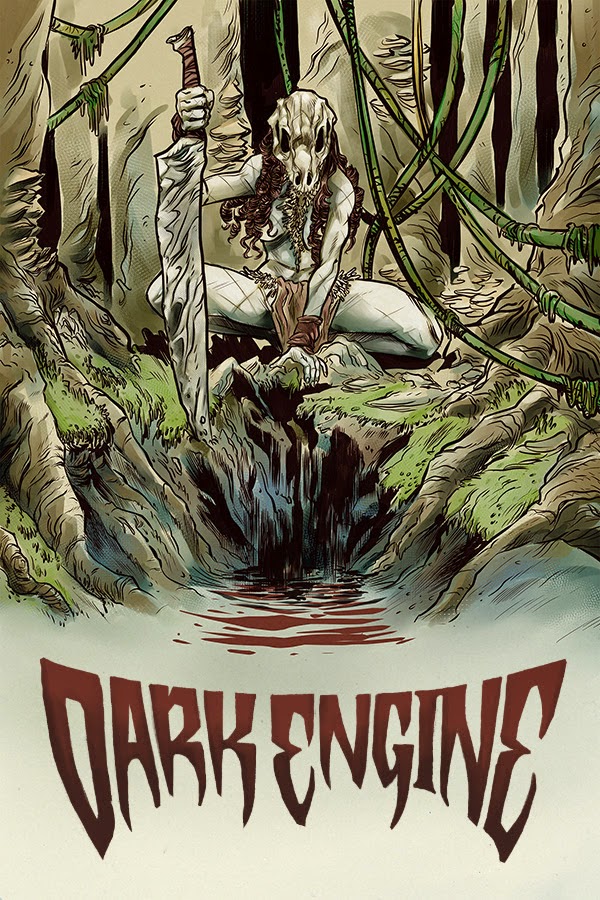 What a trip! That's exactly what I said to myself after finishing issue 1 of Dark Engine. Not to mention that fact that I had to stop and make sure I wasn't reading a 90's edition of Heavy Metal (which would be cool as fuck, just saying). Some of my favorite artists were people I discovered in Heavy Metal Magazine. Minara for instance I discovered reading Heavy Metal as a teenager. Obviously, I wasn't allowed to buy it....but that doesn't stop a kid. I had friends with copies lol.

Dark Engine really made me feel like I was stepping back in my own time line. I started having Savage Land X-Men flashbacks.Though Dark Engine was way grittier and contains nudity. I'm not adverse to nudity. The naked female body doesn't offend me. (As with most things you see naked female and not so much naked men.) I don't think it's obscene and I also don't think that depicting it is exploitative or objectification, as long as I don't have to sit through a comic comprised only of rape scenes, I'm okay with the whole nudity issue.

I did have to contact artist Bivens to ask him what the hell was going on in a specific panel. I call it the vine/tentacle/naked lady panel. At first I thought this was some Evil Dead tree rape but I was told that rather than penetrating her, those things were actually exiting her body. It was not completely apparent to me but this does explain what is really going on in the story line. The story line is a little thick and I can't really get into it. I'm assured all will be revealed in due time, but regardless the story is engaging. The artwork is sick. Like I said, brought back all these memories of my favorite comics growing up. I guess I was a mildly disturbed child...

Dark Engine hits the shelves on July 16th. I'm really excited about this gritty fantasy and you should be too.