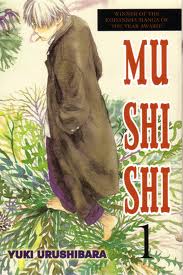 I have volume 2 and I'm gonna read it despite not finding the first one very compelling. As far as I can tell there are only 2 volumes but there is a 26 episode anime based on the stories.
Posted by The Frog Queen at 3:22 PM