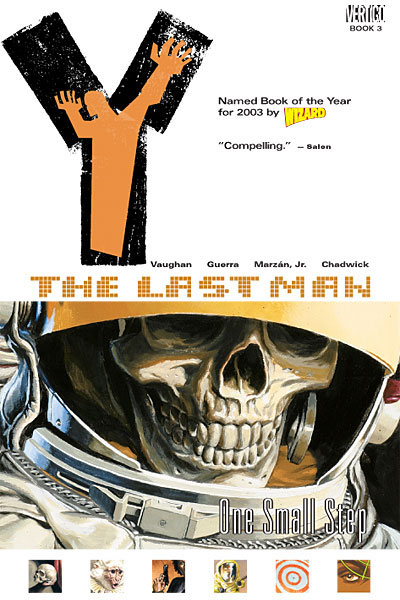 I decided to blog these two together since I read them one after the other. I love this series although I find it frightening at the same time. The characters are diverse and complex. I'm falling in love with Agent 355. The implied torch she carries for Yurick is an interesting but not unexpected, plot development.
Yurick's sister shows her face and we see a bit into her twisted head as she now runs with the militant group "The Amazons". I think it's important for me to mention here that although the book labels them as "bra burners" they are NOT feminists. Feminism and what people think feminism is, happens to be two very different things. So I have chose not to label them as a militant feminist group because they aren't. They are extremists who are blinded by spiritual views justified with the idea that "mother nature wiped out all the men, so men are an abomination that should not exist on the planet". I shouldn't HAVE to explain this but it seems views are still skewed on this. A lot of men's rights groups masquerade as men's rights group when really, they are just a bunch of men who hate women. I find these groups are the ones that really throw around the feminism hate and misconceptions. Real feminism is about equality. Equality for all. NUF SAID-well that's all I'm going to get into on this post. So to avoid confusion made in this comic book, The Amazons are NOT feminists.
That isn't to say that I am overlooking some problematic messages sent by the story. If anything, I think it accurately portrays a wide range of feminist views/issues and a wide range of what others (feminist or not) perceive feminism to be. I believe if one begins reading the book keeping in mind that it's portraying different ideas and views of feminism, they will find themselves enjoying the book and laughing a lot! There is a lot of comedy in this book. I mean, come on, last man on Earth!
Posted by The Frog Queen at 1:39 PM

Email ThisBlogThis!Share to TwitterShare to FacebookShare to Pinterest
Labels: Y The Last Man