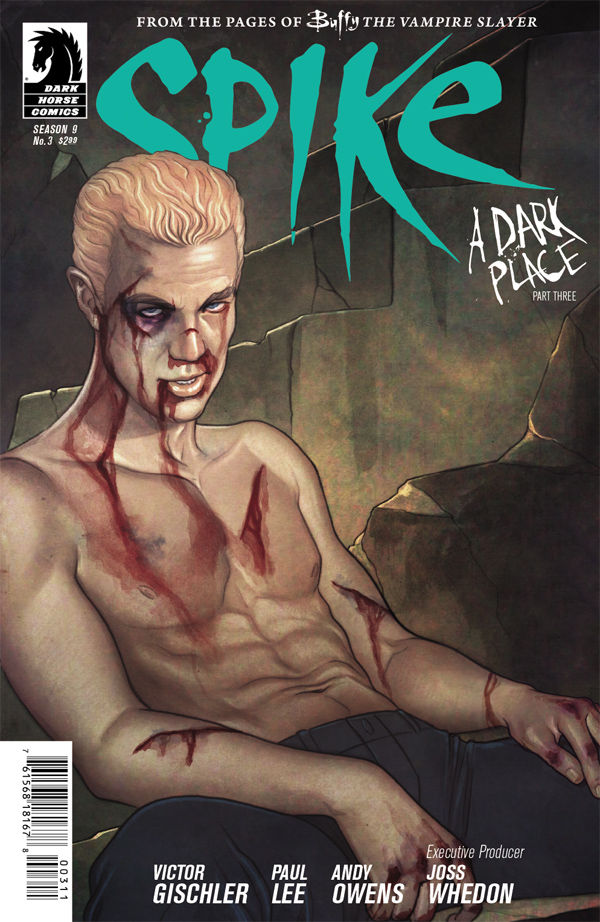 I picked these up recently. I was going to wait for the trade but oh well! I realized how far behind I am in Buffy. I got kinda.. annoyed with the whole story a while ago but I keep collecting the comics hoping I'll fall in love with it again.. I'm just gonna suck it up and breeze through a bunch of them this week.

Since I am so behind, I realize that Buffy battled some space demons at some point?(wtf Joss?) This run picks up where that story line ended. So in this story Spike has been travelling around with some giant space ants who have adopted him as their supreme leader. One of the Ants is named Sebastian.. yeah.. Anywho, they kind of remind me of the brood from the X-men.. except they are not travelling in a giant whale. Sadly..
They run into trouble with the reptilian space demons who got stuck out on some random distant planet because of Buffy and decide to grab that ship Spike is relaxing on with the ants.
Sidenote: Do you know about the Reptilian Conspiracy!? There is a HUGE following of people who think that certain governing bodies are actually not human but members of a reptilian race originally from space who are controlling the world. They have some really hysterical theories linking them to the pyramids.. and the freemasons... Ugh.sigh.
I'm not really a fan of spacemen being mixed into my Buffy story lines. (I liked Fray but thats more futuristic)They've done it before I know. Remember the Qweller episode? Yeah, meteor demon! Anyway, I kinda like the supernatural without the space, but what can ya do? I loved Event Horizon.

I really do like this story so far. I was going to wait for the Trade Paper on this one but yeah.. Spike is way too hot to wait for. There was some odd mention in this about how Spike thought he knocked Buffy up (I think he acutally puts it that way.. Spike is no feminist) so I will have to read that bit for sure. It's most likely in the Buffy  Season 9 that I haven't read. Like I said, I'm way behind.. I just f'n hate the art in those books.. So bland.. this is not a rant about Buffy comics Amy...stay on track.

What can I say? Spike is hot and I'm gonna get the 2 remaining issues in this story. I have to actually. HAVE TO.
Posted by The Frog Queen at 1:34 PM