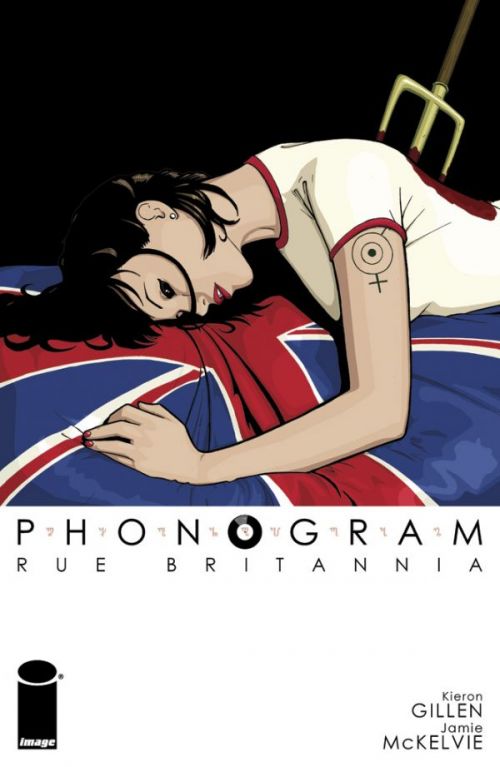 My first impression of the main character in Phonogram is that I've met this prick before. He's the embodiment of all I hated about being involved in a music scene. He's full of himself, spends too much time trying to act intelligent by throwing around little sarcastic quips about whatever band is playing. He's the guy who offers to buy you a drink and then insults your taste in music. He's the guy who spends way too much time looking for a t-shirt that might make him look like he has musical taste. Worst of all, he's the one who can't see a woman as a woman, they are all goddesses, ghosts, ex's or potential new cock holes. David Kohl is a fucking prick.

The book begins by allowing David to take us to a few underground clubs. The type I use to frequent. He walks around letting us know who all the "posers" are, only he doesn't call them posers, he has a bunch of other descriptive words that are probably just lost on me because this is takes place in Britain. David fancies himself a Phonomancer. Some pretentious name for the power he draws from Brit-pop....yeah... Anyway, he's on a mission to find out what happened to Rue Britannia, a woman credited with giving David his identity who appears to be dead. David goes on a little adventure... at one point someone burns a 7" put out by LUSH and I get really mad.

Through false indie prophets claiming to be necromancers and agoraphobic old punks hiding from technology, David swims through memories to find out what happened to Britannia. It's not a bad book. I'm not saying that, obviously, if I can hate a characters this much, the author has achieved some level of success. I like the concepts in the book, mostly the truth that some people fall in love with a music scene and have a crisis when that scene changes and all the people around them disappear or change OR JUST GET OLD. You've seen the old scenesters before, they are the grey haired old men (usually men) who dress like the current scenesters dresses, but the grey hair and saggy skin throws you off. These people use to get looked up to cause you just knew they saw some really good shows... and they must have a killer record collection..

The truth this book yells at me, is that when your music scene disappears your identity can be lost with it... if your as stupid as David Kohl to let your identity be wrapped up in your local tiny music scene. I've seen it happen... to shallow, insecure men who don't recognize themselves when their local scene is stripped away and their band breaks up.

One more thing- Ash was never one of my favourite bands, "Girl from Mars" usually pissed me off although you can catch me singing to it when some DJ is getting all nostalgic.
Posted by The Frog Queen at 8:16 AM