Wow.. didn't see this one coming. The ending.. totally intense. From what I can gather from the first issue, this comic is a collection of short stories that can be read out of order which I kinda like.

Let's break this down, I love the artwork done by Jill Thompson. It's very water-colour pretty. Like a story book from my childhood.. or all story books from my childhood?? I love everything including the font that the script uses. Let me post a few picks below.

The story follows a bunch of dogs & cats around. Little snatches of animal life. Sounds boring right? You couldn't be more wrong. The first story has our heroes chasing a goblin. The second story is about a basilisk and an explanation for animal lawn ornaments and the third story contains ghost sheep! Burned alive, ghost sheep no shit. That's the eerie one at the end.

I really want to read more of this. Now the first comic I read about dogs and cats was WE3. I was put off by a story about animals... I mean really?? But it was fantastic and so is this.

Where did I pick this up? Um... for 80 cents at Strange Adventures in Dartmouth. Worth it? Totally. I would actually like to own a hardcover version of this so I can give it to the children I'll never have, meaning, I just want it for me. Speaking of which, at first, I thought this was deff a children's comic but that's no longer a truth. By today's overly censored kid's entertainment standards, it would be unacceptable. I would still let my non-existent kids read it... but I grew up in the 80's and 90's where kids were allowed to see violence in cartoons... instead of the jibberish they claim is so educational that now haunts CBC and PBS on Saturday morning. I grew up watching The Amazing Spiderman and The X-men... kids today get Caihou is they are lucky. Okay, The Littliest Princess is adorable but it's a diamond among lumps of shit. Why do I know so much about childrens TV?? STOP BEING SO NOSEY!

All in all, I'm really impressed with this comic and I wasn't expecting it to offer anything but pretty pictures. Content is seriously there. Maybe I don't sleep enough.. 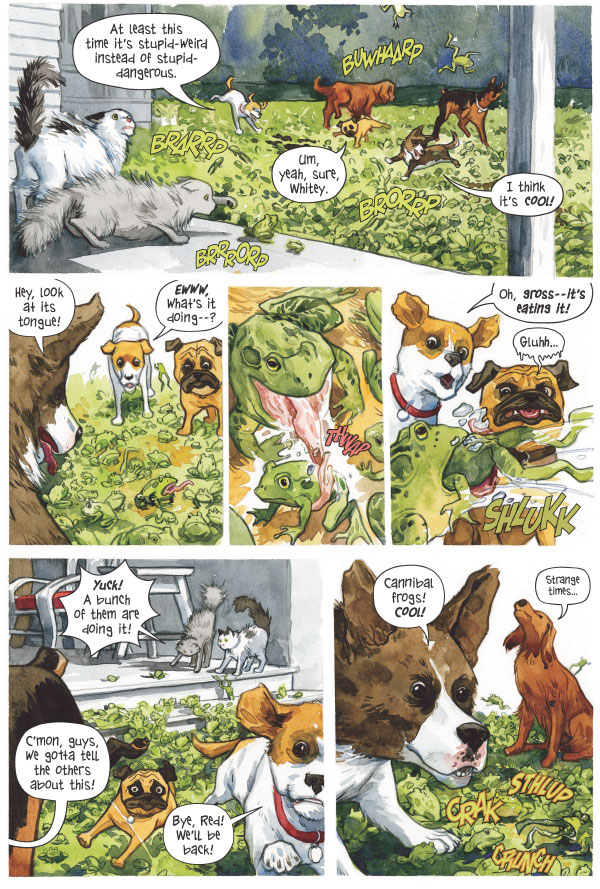